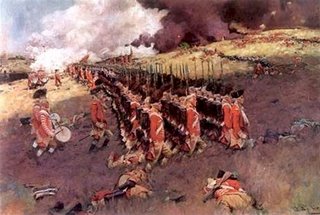 Left: British Redcoats of the Battlefield

We know Peter Shields was christened on Jan 26, 1756 in Lanchester, Durham, England. His parents had lived in Ireland, maybe they were Irish.

Peter came to America as a British soldier during the American Revolution and served under General Burgoyne. When Burgoyne surrendered at Saratoga Peter and his fellow English and Hessian soldiers were marched to Cambridge, Massachusits and then to a POW camp in Charlottesville, Virginia.

Many of the Hessians deserted as they passed through the German communities in Pennsylvania. The English prisoners of war also wondered what they were fighting for, and chose to join the colonies and fight for freedom. Peter was one of those. He deserted the British and served in the Continental Army and witnessed the surrender of General Cornwallis at Yorktown, Va. in 1781.

In return for his military service, Peter was granted 70 acres of land in Hardy County Va. April 2, 1783. He married Elizabeth Singleton in Hardy County about 1783 on North Mill Creek
and they lived there until about 1807 when they moved to Salt Lick in what is now Braxton County. 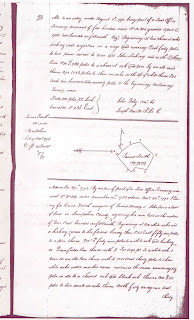 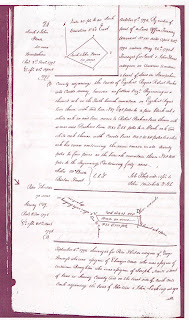 Left and right: the 1794 documentation of the survey for 70 acres of land in Hardy county that Peter Shields purchased. Double click on the images to enlarge them. Thanks to Dolores Derrico for these images.

All the Conrads and Skinners of Orlando, among many others, descend through Peter Shields.

Material in this entry has been taken fron the information provided by Howard Bee and Darryll Groves and Paul Frazier in their family trees published at Rootsweb.com and Ancestry.com.