Adapted from an article by Paul P. Bennett of Jane Lew, published in Lewis County West Virginia, Her People and Pla

"Maysell (Parmer) Bennett (1898-1982) at one time had delivered about every baby in the Orlando area." Paul Bennett goes on to tell us that transportation was mostly by horses and was difficult at times. We know she worked in concert with Dr. Peck, who would come out to the new mother’s home as soon as possible, but from Burnsville to Orlando, and even up Clover Fork could take quite a while, especially in the mud road and paths of winter and the floods of spring. 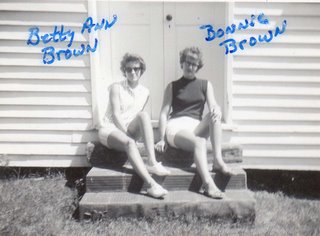 "Maysell did not charge anything for her services but sometimes some of her patients would give her $5.00. The expecting mothers would contact her before the due date and ask her to come to their home when the mother would go into labor. (This was called engaging.)" Bonnie Brown, on the right in this 1960s photo was one of the babies Maysell delivered. We don't know who delivered her cousin Betty Brown.


Maysell Parmer married David Bennett, also from Orlando. Like many of his generation, David worked for the Hope Gas Company. They had six kids together. To the right is a photo of the two. The house they lived in, white with green trim, still stands on a small hill just past the road that goes up the hill to the Orlando graveyard. 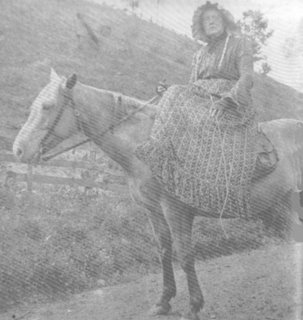 This photo of northern Lewis County midwife Catherine (Queen) White would have been taken roughly about the time young Maysell began assisting with births in the Orlando area. Tis photo was contributed by Christine White to Joy Gilchrist's Lewis County West Virginia on pg 200