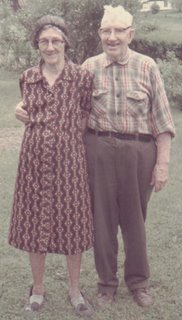 Bill Beckner shares information & a couple photos of his grandparents.

William Earl and Josephine (Riffle) Beckner set up housekeeping on Posey Run in the 1920s. The raised two sons, Marvin and Lambert, three daughters, Ruby, Rosemary and Louiemae and one of Lambert's two boys, Bill. 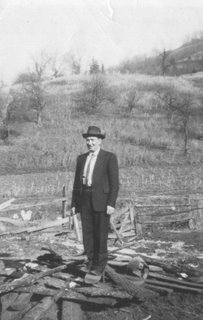 With his red hair and ruddy complexion it isn't surprising that William was nicknamed "Red."
The b&w photo of William Beckner at the left doesn't give us a clue to his nickname.

Red worked for the B&O Railroad, keeping the tracks from Burnsville to the tunnel in working order. He and others in his crew worked out of a way station near the middle of that stretch of track. They ran those little repair cars up and down the track. 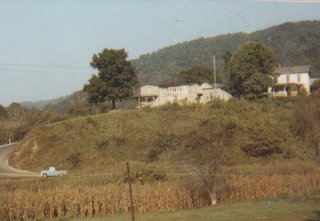 Orlando. In the photo to the left their house is at the far right side of the photo.

The Beckners were active in their community.
Josie is in the center of the ca. 1953 photo to the left, taken at a recognition for a special group of 4-H-ers at Orlando Elementary School . from the left: Jessie Bragg, Virgie Henline, Josie Beckner, Irene England and Opal McCrobie 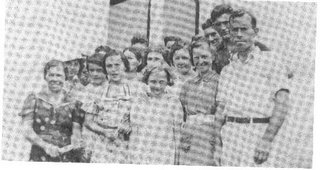 To the right two of the Beckner kids, Ruby and Lambert, are nearly hidden in the back row of this photo of a Sunday School class at Orlando's United Brethern Church. 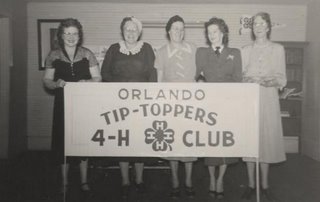 The ca. 1954 Tip Topper photo is from David Parmer
The late 1930s Sunday School photo at the front door of the church is from Lewis County West Virginia by Joy Stalnacker