When Orlando Boys Went "Over There"

For a small community Orlando seems to have sent off a large number of its boys in every war. Pictured here are four young 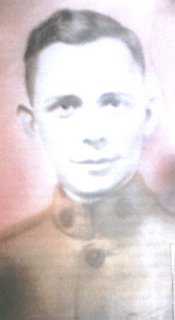 men who marched off to fight in the War To End All Wars.

To the right is Austin Skinner. He was a Corporal in the 27th Infantry. His parents were William Otto and Clara Oneta (Skinner) Skinner. Cousin Crystal Kearns is the source of this beautiful photo. Later Austin Skinner would work in the glass industry. He died from rheumatic fever in a Clarksburg at the age of 50

Clyde Skinner was the grandson of Alexander & Phebe (Conrad Skinner. His portrait is upper left.

Peter Blake's portrait is center left. He came back to Orlando, married and, like his father Patrick Newton "Uncle Zeke" Blake before him, worked for the B & O.

The day before he left for the war in 1918 Oras Stutler and his new bride, Edith (Skinner) had the photo at the lower left taken. He was working for the Hope Gas Company when he entered the service and he retired from there many years later.
Charles McNemar tells us that Okey Strader was gassed during his service in WWI.

Several sources speak of Orlando boys in the First World War. In the 1920s John Sutton1 listed James B. Blake and John Conley as Orlando boys who were wounded in WWI.

The second source is Lee Blake2. He told us "the second son of Thurmissa and Lucy (Skinner) Riffle, Clellie V. Riffle was killed in battle on October the 24. 1918." Clell was a private with the 7th Infantry 3rd Division and is buried at Aisne-Marne Cemetery Belleau in France.

Alfred Lee Skinner, son of Charles and Margaret (Cozer) Skinner born in 1892, was another of our boys. He was in France and and Germany.

West Virginia Archives lists one Orlando soldier killed in action. Private Solomon H. Brown AEF son of Homer Brown, belonged to Company M of the 128 infantry. He was killed in action on 8 November 1918, four days after the Germans asked for the armistace and three days before it was signed. He's buried in the Meuse-Argonne Cemetery, France. 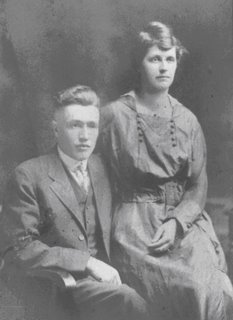 Below are a couple photos from the Meuese Argonne Offensive where we lost Homer Brown.4 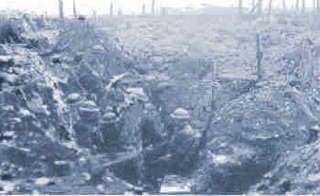 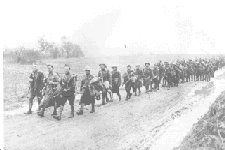 Below is a Red Cross canteen.5 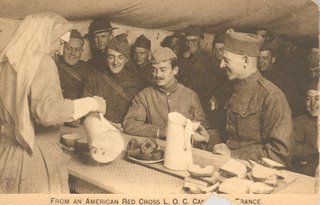 At both the the Meuse-Argonne and the Aisne-Marne Cemeteries the graves look like the photo to the lower right.

4. The Doughboy Center The Story of the American Expeditionary Force