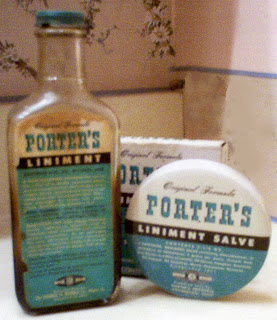 Cuts, scrapes, bruises, colds, flu, headaches, “stings, bites, boils, and hemorrhoids” –these were the usual run of household ailments. Medical doctors of the time were well trained to hem and haw and declare that the bloody flux had to “run its course” and that a prayer was needed to evict a cancer. As the 20th century dawned medicine was much more "art" than "science." Orlando would have an in-town doctor for just a few years of its heyday, but after that, "the doc" was never closer than in Burnsville, which might have been a pleasant four mile walk or ride, or impossible to reach because of the washed out or flooded road. But, who needed a medical doctor when you had Porter’s “Pain King” liniment or salve in the medicine cabinet? 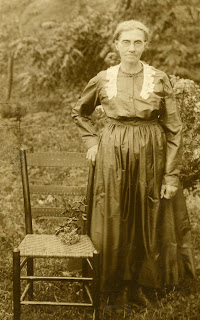 June (Nixon) Henry, now an Ohio resident, but an Orlando resident at heart, remembers the days of Porter’s liniments and salves in her mother’s hometown of Orlando and can vouch for its effectiveness and its popularity. June spent much of her youth in Orlando at the friendly ancestral home of her mother Margaret (Henline) Nixon. The matriarch of the Henline homeplace was Samantha (Skinner) Henline, widow of Beham Henline. Also in residence at the Henline home were Margaret’s siblings, Clora Henline, Ernest Roy “Heaterhuck” Henline, and Margaret’s niece Opal McCrobie. Samantha Henline was the local agent for the George H. Rundle Company of Piqua, Ohio, the makers of Porter’s “Pain King” liniment and salves, the cure-all for most minor health problems encountered by early Orlando residents.
Samantha Henline is to the right,
Her daughters Clora Henline is on the left and Margaret "Maggie" (Henline) Nixon is on the right.
Opal (Jeffries) McCrobie, Helen (Frame) Jeffries and June (Nixon) Henry are at the bottom of the entry. In this third generation of Henline women, Opal is Clora's daughter, Helen married Clora's son and June is Maggie's daughter.
.
June recalls that during her frequent visits to her Orlando home-away-from home, Porter’s “Pain King” was always at hand and that it could cure many ailments. She remembers that for a cold or flu, the magic elixir of cure was a hot toddy with a few drops of “Pain King” with sugar and very hot water which had to be sipped very slowly. June also recalls that “if you suffered muscle aches you could rub it on for relief.” “For headaches, you would rub it on your forehead, but you must close your eyes for it would cause them to water and sting.” And, it could even be used for animal sores, and were especially good to use on the udders of cows. 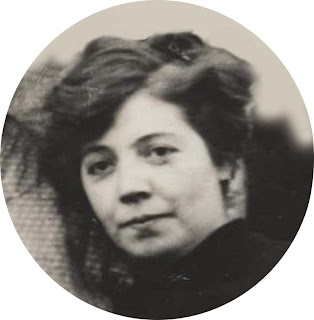 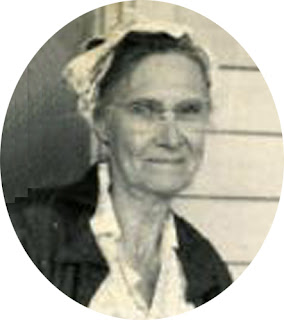 June remembers that when her grandmother Samantha died in 1930, her aunt Clora Henline assumed the “Pain King” agency. She also remembers that many people from around Orlando would come to the Henline house to buy a bottle or two of “Pain King,” and that they would swear by it.

Another long time Orlando resident, Helen Jeffries, also swears to the healing qualities of Porter’s “Pain King” salve and this very day has her medicine cabinet stocked with the old reliable “Pain King” which, according to Helen, will draw a boil in “no time” and is good for cuts and scrapes. “Pain King” was the “doctor to my kids when they were growing up,” Helen affirmed. Helen also enjoyed the hot toddies that June Nixon remembers when growing up in old Orlando. Helen’s only misgiving about “Pain King” is that the current price of over nine dollars is “a lot more expensive than it was in the olden times.”

June Nixon visited the old home place many years after the death of her grandmother Samantha and her aunt Clora inquiring about some of her grandmother’s old dishes. Her cousin, Opal McCrobie, said that some of the old Henline dishes were packed away in an old trunk in one of the bedrooms. Together the two ladies pulled out the trunk and opened the lid. June recognized right away the familiar odor of “Pain King” and rightly surmised that the trunk had been the warehouse of the many bottles of “Pain King” which served the people of Orlando well during the early days.

When June’s mother, Margaret (Henline) Nixon, died in 1981, June had the task of clearing out her mother’s Weston home. When opening the medicine cabinet in her mother’s home she found an almost empty bottle of “Pain King,” which she retains to this day. Porter’s liniment, minus the “Pain King” name pursuant to an FDA ruling can still be purchased to this day in drugstores and by internet, along with the ever-dependable Porter’s salve, a soothing balm for all that ails you. 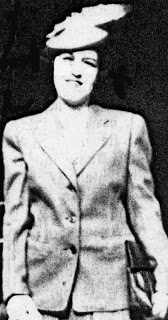 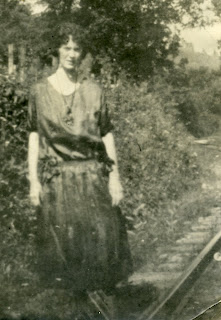 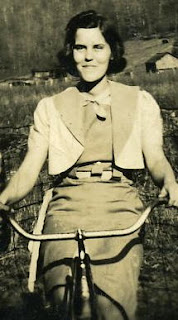