Three Lick Road (and stream) runs into Oil Creek Road (and creek) just above downtown Orlando. Three Lick has a rich history separate from Orlando’s, but the two are closely related. Three Lick was the last piece of the Oil Creek watershed to be populated and the pioneers who tamed the forest here were for the most part Irish, Roman Catholic immigrants who had fled the potato famine in their homeland. The pioneering process of turning untouched forest into farmland ran into the early 1900s on Three Lick. 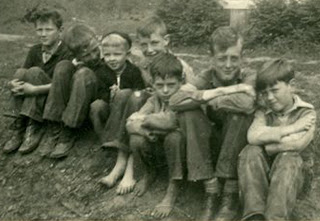 Some of the boys on Three Lick around 19450, left to right-
(Unk) Perkins, Bob Pumphrey, John Dolan, Bob Blake, James Ables, Eugene Sprouse, (unk).
This entry is a work in progress about several families of Three Lick. The Ables, Blakes, Davises, Dolans, Doyles, Pumphries, Poseys, Riffles, Sprouses and Townsends all had children in the Three Lick Elemenary School around 1950. Their teacher and her husband, Earnestine and Charlie Tulley, also lived there. They all have roots deep in the Oil Creek Watershed. We have begun their stories below with the children. We hope folks will send us more about life and times on Three Lick. 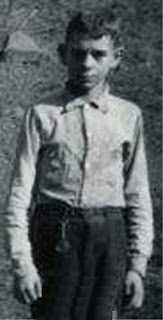 Henry & Mamie Ables' Kids
James was the oldest, Iva was the oldest girl, Verna Mae was next and Mary Jane was the little one.
Today James resides at Walkersville. He worked 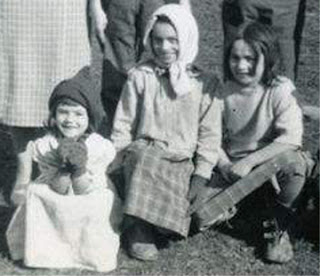 at the glass factories in Weston and with the West Virginia Department of Highways.
Iva married a Curtis and lives at Copley. Iva worked at the State Hospital in Weston and later provided care for elderly people in their homes.
Mary Jane died less than a month ago, September, '07, at age 62. She was a step sister of Verna Mae and Iva, and James.
Verna Mae married a Riffle and resides on McCann’s Run near Weston. Verna is in poor health.
James Ables is on the left, on the right are MaryAnn, Iva and Verna Mae Ables.
. . . . .
.

John & Mary (Atchison) Blake's Boy
Bob died in 2001. He was a retired dozer operator with Union Drilling in Buckhannon and Weston Transfer. Bob’s family lived on the Charlie Tulley farm when he attended school on Three Lick.
Bob Blake is to the left.
. . . . . 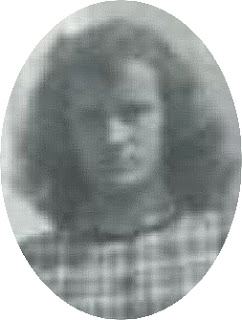 Shirley's mom and Patty Riffle's dad were siblings. Their common grandparents were Newton and Virgina Belle (Riffle) Riffle who lived on Riffle Run.
Shirley Davis is to the right.

The kids of Frank and Ann (Gallagher) Dolan
John is an employee of the West Virginia Department of Highways in Clarksburg. His older sister Sue has lived in Charleston for thirty five years. Sue graduated from Weston St. Patrick High School in Weston and she attended Mount St. Joseph’s College in Cincinnati. Sue has been actively involved in the Girl Scouts of America for thirty nine years and holds a lifetime membership in the Girl Scouts.
Sue Dolan is to the left, John Dolan is to the right 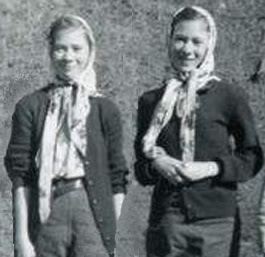 right: Joan Doyle is on the left, Jean Doyle is on the right.
The girls graduated from Weston's St. Patrick High School.
Jean went to the Clarksburg Business College and she also attended West Virginia Wesleyan College. Jean married a Lantz. She is an accountant and worked many years for Upshur Coals in Buckhannon. She lives in Buckhannon.
Joan married a Stiltner and now lives in Charleston. After high school Joan worked for Dr. Vassar in Weston and later with the Community Action Program in Lewis County. Joan also worked for Moore Business Forms in Buckhannon until she secured a position with the West Virginia Employment Security Commission. In 1974 Joan transferred to Charleston and took a position with the Public Service Commission as a Consumer Affairs Technician. She retired after a career with the West Virginia Public Service Commission with thirty two years of service.
. . . . . 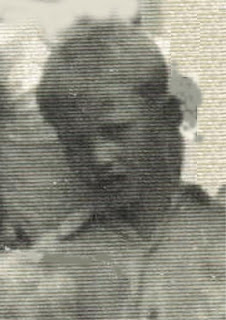 Bill & Nora Pumphrey's Boy
The Pumphryes lived in the farm adjoining the Dan Murphy farm and close to the Three Lick School. Bob left school and joined the United States Army when he was fifteen years of age. After his mother found out he had joined the service, she initiated steps to take him out of the service. When Bob turned seventeen, he enlisted in the United States Marine Corps and made a career of the service. Bob retired from the service and works now does electrical work in the oil fields of Texas. He lives in Magnolia, Texas.
Bob Pumphrey is to the right.
. . . . .
.

Frank & Verna Sprouse's Boy
Eugene lived in Huntington for thirty years. His full name was Charles Eugene Sprouse. Classmate Patty Riffle was his cousin through her mother and his father. He was the maintenance man for the Coal Exchange Building in downtown Huntington. He died in 2004.
Charles Eugene Sprouse is to the left.
. . . . .
. 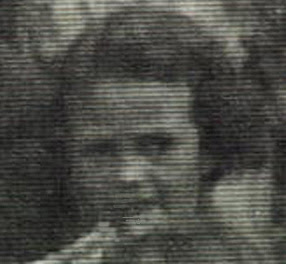 Junie "Jiggs" & Bridget (Sprouse) Riffle's Girl
Patty Jean remembers she and her cousin Shirley Davis used to walk to Charlie Tulley's the store about a mile away to make small purchases. Patty graduated from Weston High School and she married a Hartley. Today she is retired from service with the Weston Clerk’s Office and the Weston Sanitary Board and lives in Jane Lew.
Patty Jean Riffle is to the right.
.
. . . . .
Martin & Lilly Posey's Kids 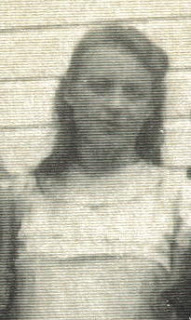 Raymond and Lucy's family lived on Grass Run. Because of a bout with polio, Raymond could not walk with ease and rode a pony from Grass Run over the hill to the Three Lick School. Lucy would then take the horse to Jimmie

Feeney’s barn and stable it until after school. She would return to the barn after school for the pony and take it to Raymond to ride home. Raymond lives on Three Lick.
Lucy married a Boggs. She now suffers from Alzheimer’s disease and lives in a care home near Weston. Bob Pumphrey said Lucy could really handle work horses when she was young.
Lucy Posey is on the left and Raymond Posey is on the right.

Bertha married a Rose. She is in poor health and lives at the Holbrook Nursing Home in Buckhannon.

at the time of his death in 1966 as the result of a truck accident.
Ruby married a man named Butcher and lives in
Brandywine, West Virginia.