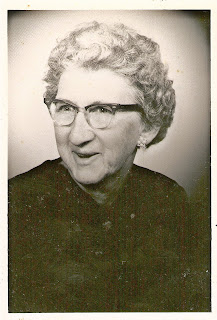 My mother's mother was Della (Riffle) Wymer. She was a very small stature woman. I can remember going squirrel hunting with her when she was in her late 70s. She was a very humble person who always made do with what she had.

Grandma lived by herself after my grandfather died. She always raised a garden and canned everything that she could. She never worked at a public job, that I know of. Her only income was social security which was very meager.

I remember growing up, that when we would go visit you could always count on cornbread being in the cupboard. She was the best cornbread maker I know. I always loved it when she would fix it and homemade applesauce for a meal. It was the best.

Grandma made lots of quilts, 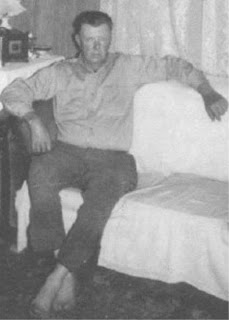 mostly hand sewn. My daughter Heather still has the baby quilt that she made for her when she was born. It is pretty tattered, but still means a great deal to her.

Grandma used to walk from her place on on Three Lick to Orlando to help her sister Josephine Beckner. If times could be more like then, people were so much more family oriented. 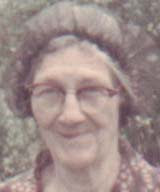 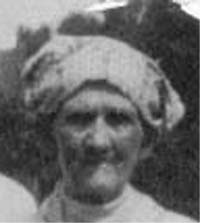 Della may not have been large, but her husband Tucker, his given name was Marion Furman Wyman, was one of the tallest fellows in Orlando. Uncle Zeke listed Tucker among the ten tallest men in Orlando. He also mentioned Tucker's skill groundhog hunting. His grand-daughter Peggy recalls that, like so many men of thiat era, Tucker workd his farm but he also had a paycheck job. He worked for the Highway Department.
Several of her favorite people in the world are pictured below. 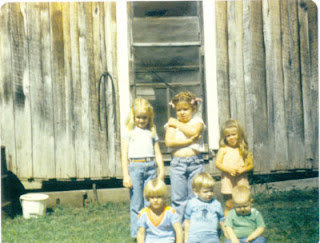 There is a nice photo of Marion Wymer in the Nov '06 entry Making Hay on Oil Creek
Comments
comment by Karen Posey Smith
I to have fond memories of my grandmother Della Riffle Wymer.My husband,children and i were visiting her one day,my son Jeremy was about 2 years old and had the prettiest blonde hair which hung in curls.Grandma was always scolding my husband Junior and i about when were we gonna get that baby's hair cut.So the next day my husband took Jeremy to get his first haircut.We stopped by to visit grandma on the way home.You talk about someone gettng a good scolding,Junior and i got one ,grandma had a fit because we cut all that baby's curls off.I also remember her cornbread,it was the best.My favorite was her applesauce pie.YUMMY!!!