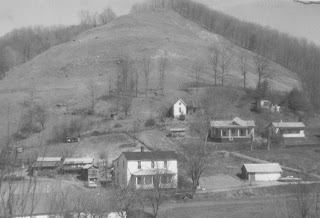 Other entries about the Dolan Hotel of Orlando mentioned some of the guests who stayed or ate meals at the venerable establishment. For example, guests mentioned in the Nov '07 entry Visitors to the Dolan Hotel included W. E. Chilton, United States Senator and publisher of the Charleston Gazette. John

Wolverton, United States Congressman, Marshall “Little Sleepy” Glenn, former West Virginia basketball player and coach, and Bessie Boyd Bell, longtime Glenville State College professor.
Professor Bessie Boyde Bell is to the right.
The hotel is in the center front of the photo to the left.
.
This entry provides biographical sketches of other notable guests of the Dolan Hotel.
.
Frank R. Yoke was the Superintendent of the Weston public schools during the 1920s. He was involved in the state-wide effort to encourage thrift in the public schools, a necessity first recognized during the involvement of the United States in World War I.
.
Ronald Moist was a prominent attorney of Clarksburg. A veteran of World War I, Moist was a Reserve military officer, and also served as law clerk to the West Virginia Supreme Court of Appeals in Charleston.
.
E. H. Morton was long a prominent attorney in Webster County and in Democrat politics. Morton represented Webster County as a State Senator in the West Virginia Legislature for many years.
.
D. L. Powell was an executive with the Gowing Veneer Mill in Burnsville during the early 1900s. When the veneer mill left Burnsville for the Tidewater area of Virginia, Powell transferred with the mill to the Old Dominion.
.
Waitman T. Talbott was another prominent attorney of Webster County who represented Webster County in the House of Delegates in the West Virginia Legislature.
.
E. W. Hefner of Flatwoods was a notable Braxton County banker and businessman and also served as a longtime Clerk of the Braxton County Court.
.
Harry B. Clark was a wealthy coal baron of northern West Virginia. He was a banker and had various business interests all over northern West Virginia.
.
William Armstrong was a mayor of Sutton and a long time attorney in Braxton County.
.
James Henry Brewster of Weston was the President of the Sun Lumber Company which had extensive timber interests all over West Virginia. 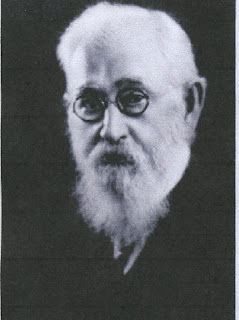 .
Paul Hardman was a pioneer of the pure bred cattle industry in West Virginia. He also served as the Clerk of the County Court of Clay County. He specialized in Aberdeen-Angus cattle.
.
Governor George W. Atkinson was governor of West Virginia from 1897 to 1901. He also served as United States attorney for southern West Virginia and was appointed by President Theodore Roosevelt to the United States Court of Claims. Governor Atkinson and his family were frequent guests of the Dolan Hotel in Orlando. (pictured to the right)
.
Dr. E. R. Hatfield was the son of Anderson Hatfield who owned over 8000 acres of valuable coal land in southern West Virginia. Doctor Hatfield and his family who lived in Charleston 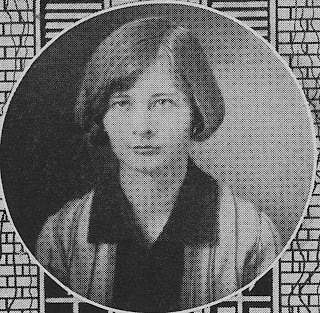 stopped often and partook of the hospitality of the Dolan Hotel. Doctor Hatfield had various business interests outside of the medical profession.
.
Lorena Hefner was a native of Burnsville born in 1908. After teaching school for seven years she and two partners formed the Auto and Industrial Supply Company in Charleston, WV. She was a very successful businesswoman and a thoughtful philanthropist. Among her gifts, upon her death in 1997, Lorena bequeathed over one million dollars to Glenville State College to fund scholarships for students from Braxton County.
. 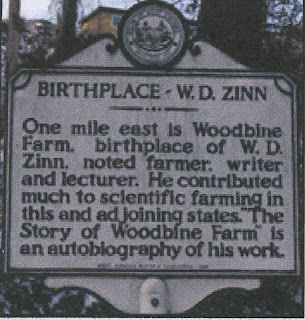 W. D. Zinn of Barbour County was a notable farmer, writer and lecturer on agricultural matters in West Virginia and adjoining states. The Story of Woodbine Farm is his autobiographical work.
.
Hunter Whiting was a long time professor at Glenville State

College, serving from 1913 until 1954. Professor Whiting and his family stopped often at the Dolan Hotel.
Professor Hunter Whiting is to the right.
.
McClellan Leonard was a prominent Pennsylvanian historian. He had extensive business interests in southwestern Pennsylvania and was a founder of the Uniontown Public Library.
.
R. Moore Dodrill was an early principal of Burnsville High School. He also established high schools at Webster Springs, Berwind and Elkhorn in McDowell County, and a

Negro high School in McDowell County. He was a superintendent of schools in McDowell County and served as secretary to the State Board of Education in Charleston. Dodrill was also heavily involved in I.O.O.F. activities in West Virginia. He served as President of the West Virginia School Superintendents Association.
R. Moore Dodrill is to the right.
W. D. Cooper is to the left.
.
W. D. Cooper was a professor at Glenville State College for many years and was a frequent guest at the Dolan Hotel.
.
Mary Davis was a well traveled teacher at Glenville and taught the fifth grade in connection 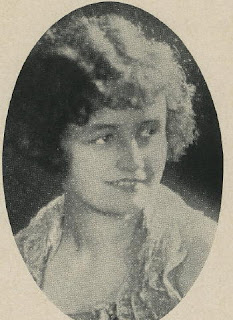 Mary Wolfe was another elementary teacher at Glenville and was a traveling companion of her fellow teacher Mary Davis.
Mary Davis is to the left, Mary Wolfe is to the right.
.
Henry Clinton Murphy represents a tragic footnote to traveling guests of the Dolan Hotel. Murphy, who lived at Burnsville, was a traveling salesman and from 1919 until 1927 stopped many times at the Orlando hotel. After moving to Parkersburg around 1928, Murphy became a casualty of the Great Depression. Subsequent to financial reverses, Murphy committed suicide by drinking carbolic acid in the lobby of the First National Bank in Huntington in 1933.

The Dolan Hotel guest register for the years from 1919 to 1930 provided the names of the travelers. Thanks to is current owner Oscar Hawkins for sharing it. 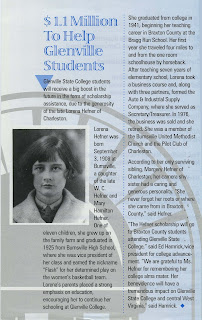 Comment 1
Lorena Hefner, the Charleston business woman and philanthropist who was a visitor to the Dolan Hotel, was from Orlando's nearest neighbor, Burnsville. Lorena’s dad W. C. Hefner was the brother of Burnsville blacksmith Benjamin Luther Hefner. The photo to the right shows her uncle's shop, just west of the mouth of Oil Creek, with a poster on the wall advertising the Orlando auction of the lots in the Rusimisell-Fury Addition. 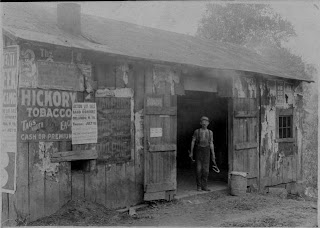