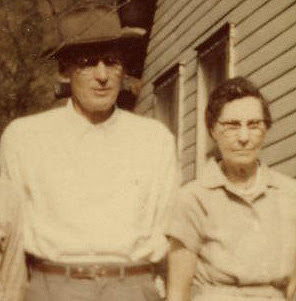 Homer Mitchell was the son of Rev Alonzo "Lon", and Samantha, "Mant," (Riffle) Mitchell. He was raised on Clover Fork. Homer was one of the few Orlando men who worked in coal mining. He worked throughout central West Virginia, including Webster, Braxton and Gilmer Counties.

To the left are Homer and Lula (Henline) Mitchell.

Homer married Lula Henline, daughter of Beham and Semantha Henline. They had only two children, both boys, Nelson, the older, and Stanley, his kid brother. See the boys with the fish tha t didn't get away in the entry dated Dec 12 '06 Fishing In Oil Creek.

Homer Mitchell was well respected by all who knew him. He was a kind and friendly man. In 1966, at the age of 74, he died of a heart attack sitting in his car across Oil Creek by the foot bridge from the Henline homeplace. His wife, Lula, died 28 years later, in 1993 at the age of 98. Check out entry Dec 10 '06 My Great-Uncle Heater Henline for a photo of Lula and her brother Heater mugging 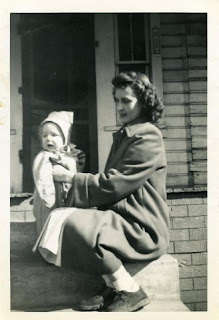 for the camera on Oil Creek. 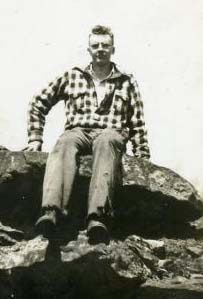 Nelson worked at the Equitable Gas pumping station at Burnsville. He was married to Frances Hamrick of Webster County.

Left is Nelson sitting at the top of hill in Webster County. To the right is Nelson's wife Frances (Hamrick) Mitchell and teir baby Gary are to the right.

Stanley was career Air Force. He retired after over 20 years in the Air 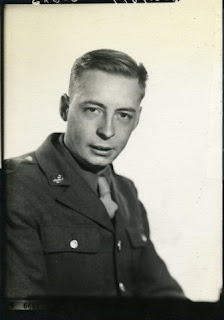 Force to Buckhannon but lived only a short time thereafter and died at the age of 47 in 1973. He married an Orlando girl, Louise Heater, one of Bee and Genevieve (Skinner) Heater’s girls.

To the right is Stanley in his Air Force uniform.