The Orlando School
1946-1947
World War II had ended. The Baltimore and Ohio Railroad had de-commissioned and
closed the Orlando Depot. Passenger trains did not stop at Orlando anymore. The depot

building had been dismantled and the lumber sold to Tom McPherson who built his home near the mouth of McCauley Run with the salvaged lumber. A downturn in the economy of Orlando was looming ahead. However, during the school year of 1946-1947, the Orlando School was still well attended and the school had not yet experienced a decline in enrollment.

The sixth, seventh and eighth grades of the Orlando School consisted of twenty four students. The principal of the school was John Brown of Burnsville who had been the principal since the 1944 school year. The assisting teachers for 1946-1947 were Marmel Brown and Ruth Morrison. (John and Marmel Brown were husband and wife.) 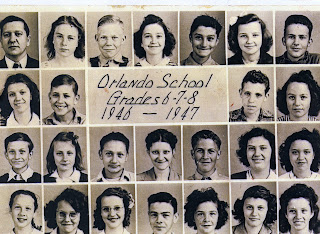 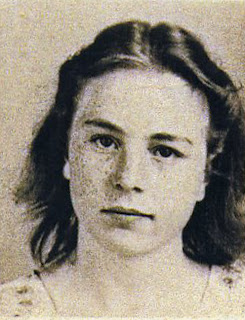 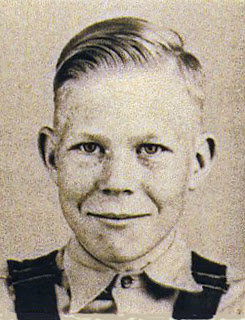 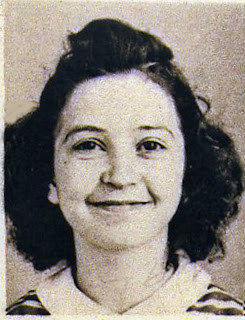 Patsy Morrison [Reckart]. Pat is the daughter of Ray and Nellie (Godfrey) Hopkins. Pat is now retired and lives in Weston. Pat operated several businesses in the Weston area. She is one of the founders of the Orlando Reunion. Pat graduated from Burnsville High School in 1953. 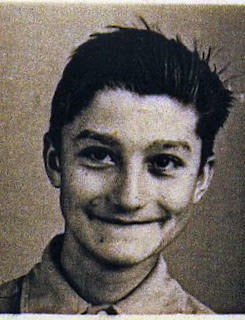 Richard Strader. Richard is the son of Linzie and Mae (Posey) Strader and grew up on Road Run. Richard attended Burnsville High School and married Wanda Wilson. He lives in Crescent, Pennsylvania. Two of his brothers were also in this clasee picture, Franklin and Clifford. His double cousin Deignese is also in this class picture.

Deignese Strader [Crabbe]. Deignese is the daughter of Okey and Mary (Posey) Strader. Deignese grew up on Road Run and graduated from Burnsville High School in 1953. Her sister of Dora is also in this class picture. The three Strader boys in the class are their double cousins-The girls' mother Mary was the sister the boys' mom Mae and the grils' dad Okey was the brother of the boys' dad Linsey. And of course, all five were the grandchildren of Flukey and Mina Posey. Deignese lives in Columbus, Ohio.

John Spinks. John was the son of Floyd and Vecie (Ware) Spinks who were originally from Greenbrier County. John’s family moved from Orlando to Gem and then to Cowen. He was wounded during the Korean War. After the Korean War, while employed by the Baltimore and Ohio Railroad in Baltimore, he was killed in a work-related accident when he was crushed by a falling box car. 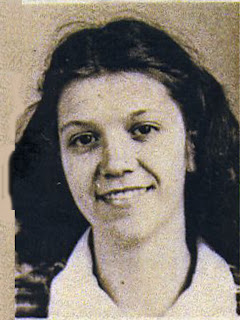 Peggy Skinner [Morris]. Peggy is the daughter of Glenn and Virginia (McCoy) Skinner. Peggy graduated from Burnsville High School in 1951. She lives in Jacksonville Beach, Florida. Two of Peggy's sisters are also in this picture, Bumps and Margi. Theirmother was Virginia McCoy who taught many years at Clover Fork and other schools in the Oil Creek watershed.

Robert Gibson. Bob was the son of John and Lona (Gay) Gibson. Bob graduated from Burnsville High School with the class of 1952. Bob lived in Akron when he died in 1986. 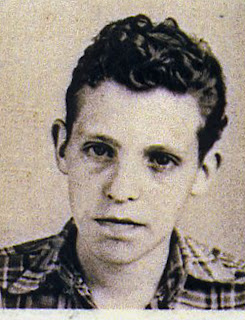 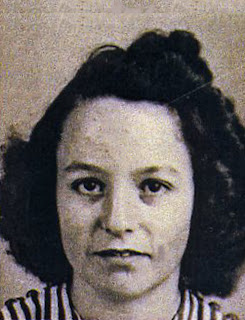 Jane Conley [Mortens]. Jane was the daughter of Patrick and Emma Conley. Jane was a military wife and lived in many places. She died in San Francisco in 2005. Jane graduated from Burnsville High School with the class of 1951. 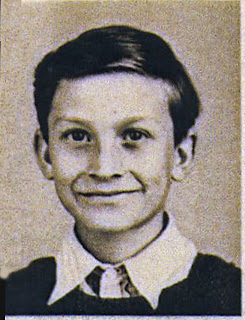 Franklin Strader. Franklin is the son of Linzie and Mae (Posey) Strader. Frank graduated from Burnsville High School in 1952. He lives in Berkeley Springs, West Virginia. His brother Clifford is also in this class. Exampes of their mom's quilts are shown in the June '06 entry Our Grandmothers' Quilts 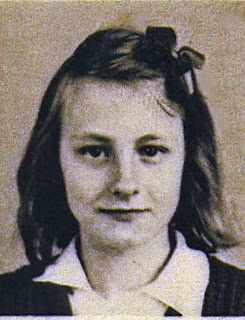 Anna Louise Skinner [Crutchfield]. Louise was the daughter of Frank and Nina (Shipman) Skinner. She was the sister of Virginia who is listed above. Louise married Stanton Crutchfield. She died at age 55 in 1990. She was a resident of Weston. 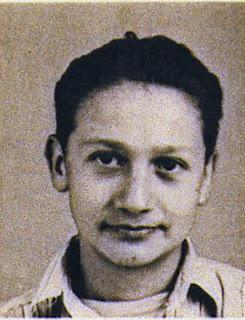 Ray Clifford Strader. Clifford is the son of Linzie and Mae (Posey) Strader. Clifford graduated from Burnsville High School with the class of 1952. He lives on Road Run. His brother Franklin was also in this class. The March 31, 2007 entry
Flukey Posey – Baritone, Sheep Shearer & More is about their grandparents Flukey and Mina Posey and their farm on Road Run. 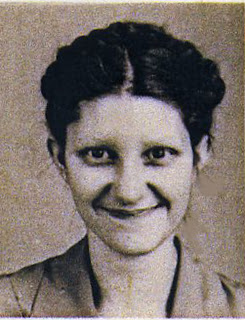 Marjorie Skinner. Margie was the daughter of Glenn and Virginia (McCoy) Skinner. Margie never married. She moved to Fort Pierce, Florida with her parents around 1958 and died there. Margie's sisters Peg and Bumps are also in this class. Their dad, Edwin Glenn Skinner, was the son of Gideon and Sarah (Bennett) Skinner. He was a barber by trade and worked first in Orlando, then Burnsville. The Nov '06 entry The IOOF Funeral Of Geroge W. Bennett shows him as a little boy at his gtandfather's funeral in 1914 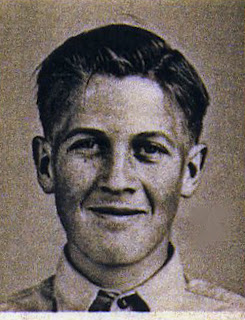 Homer Wilson. Homer was the son of Robert and Martha Wilson. Homer’s family lived on Oil Creek below Orlando. His family moved to the Buckhannon area. . 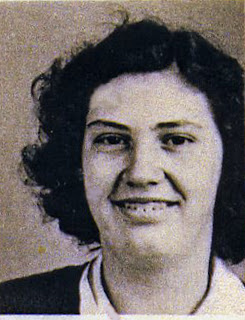 The daughter of William and Josie (Riffle) Beckner, Louie Mae graduated with the 1953 class of Burnsville High School. She lived in Weirton at her death. Her nephew Bill Beckner will always remember her with love because it was Louie Mae who came to Detroit to care for little brothers Neil and Bill after their mother, her sister-in-law Virginia (Stutler), died of tuberculosis in 1953. Her folks, Bill and Josie (Riffle) Beckner are mentioned in many entries. In particular is the Sept0'6
entry Red & Josie Beckner.

Eleanor Skinner [Antunes]. Eleanor, known as “Bumps”, was the daughter of Glenn and Virginia (McCoy) Skinner, and sister of Peggy and Margie, listed above. Bumps graduated from Burnsville High School with the class of 1952. She worked for the United States Navy Department in northern Florida. She died around 1993. They lived with their parents and other siblings in a beautiful home on a farm up Road Run. 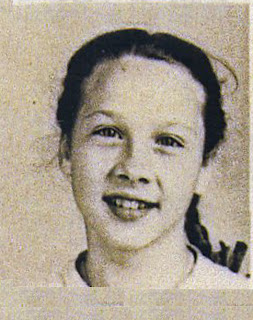 Betty Riffle [Stout]. Betty is the daughter of Layton and Bertha (Mick) Riffle. Betty married the late Roy Stout. She lives in Buckhannon. She graduated from Burnsville High School in 1953. 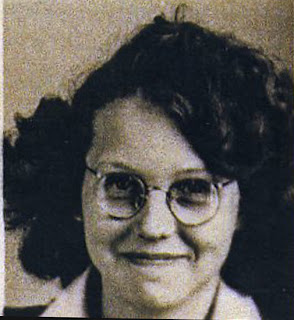 Irene Skinner [Fraley]. Irene is the daughter of Vaden Skinner and Opal Skinner. Irene moved to California many years ago and still resides there. 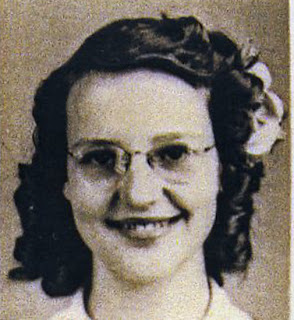 daughter of Okey and Mary (Posey) Strader and grew up on Road Run. Her sister Deignese is pictured above. She married Harold Childers and lives in Canal Winchester, Ohio.

Arthur Jacob Riffle. Jake was the son of George and 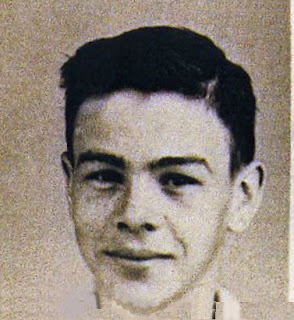 Bessie (Fox) Riffle. Jake graduated from Burnsville High School with the class of 1952. Jake's family lived at the mouth of McCaully Run and his dad was a trackman for the B & O. Jake worked for a Ford automobile plant in Ohio for 33 years and retired to Pennsboro. He died in Parkersburg in 2000. He is buried at Cedarville. 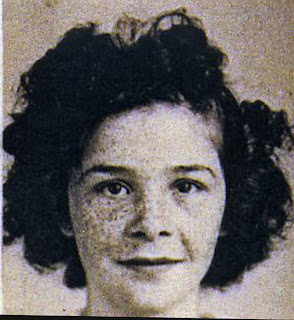 The sister of Jacob Riffle and daughter of George and Bessie (Fox) Riffle, June graduated from Sand Fork High School. She died in 1962.

Ernestine McNemar [Godfrey]. Ernestine is the 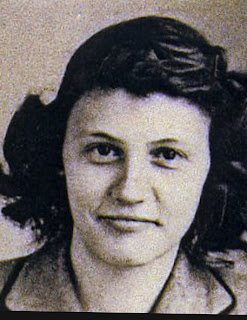 daughter of Alpha “Ed” and Necie (Skinner) McNemar. Ernestine is married to Eugene “Bud”Godfrey and lives in Weston.

Mildred Morrison [McNemar]. Millie is the daughter of Pate Conrad and Myrtle Morrison. Millie is 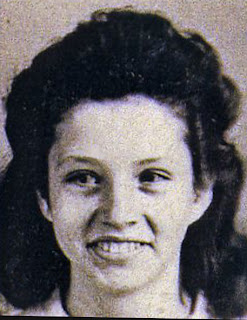