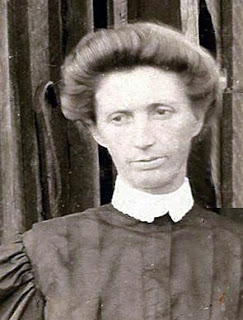 (1870 – 1930)
The Braxton Democrat 1930
Transcribed by Lila Powers
It is with deep sorrow that I write of the death of my sister, Rosa H. Kuhl Martin Tenny Benecke, daughter of Christian and Emsey E. Kuhl, who lived for many years at Burnsville, West Virginia and who lie buried in the Burnsville cemetery. Rosa was born August 13, 1870, near old Dekalb, Gilmer county, West Virginia. She grew to womanhood near Cedarville, Gilmer County. On Christmas day, 1890, she was married to “Chub” Martin [Lonzo M. Martin], of Cedarville. To them were born two children, Ada and Badgie. Mr. Martin died September 17, 1893. Badgie died January 27, 1894. Rosa then broke up housekeeping, brought Ada to live with her grandfather Kuhl, and she went out and taught several schools in Webster county, West Virginia. On August 13, 1898 she married Prof. Fielding Tenny of Weston, Lewis county, West Virginia. To this union was born one girl, Mabel Tenny, October 28, 1901. 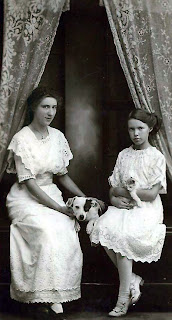 Mr. Tenny died on May 19, 1911 of pneumonia. Again Rosa broke up housekeeping and returned to her father’s home at Burnsville, where she stayed a year with her father and mother, who were now getting very feeble, and needed her badly.
In November, 1913, as we were again going to Florida, Rosa and Mabel, father and mother, came with us. We had brought Ada with us the first trip we came to Florida, and she had married J. C. Enright, of Titusville, and has lived there ever since. A short time after arriving at Titusville, Rosa met and married Mr. Henry Benecke, a German, who upon graduating from a German college in Germany, had come to America and established 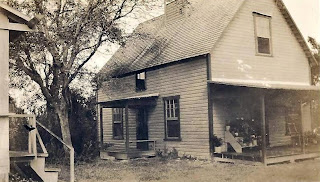 a 160 acre homestead in Florida on Merritt Island in Brevard county. Their home was surrounded with Banana Creek, which came up to their lawn and was 300 yards across in front of their door.
Rosa was surrounded by fruits and flowers and vegetables the whole year ‘round, game fish in abundance, birds and all the beauties of nature and the love and adoration of the most wonderful husband any woman could hope to have, with music, literature, and cars and boats. They could go anywhere they pleased by land or water, which they often did, and Rosa remarked on her death bed that her seventeen years in Florida had seeme
d like a sweet short dream. Their combined generosity knew no bounds. While not known as rich people, they always had something to give. The island on which th

ey lived was entered by 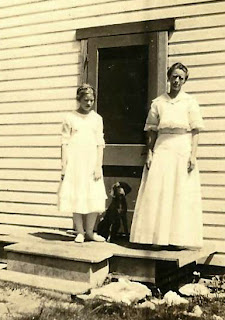 homesteaders since she went there, and no one ever left their door without something. They gave fruit and game, fish, vegetables, honey, clothing and often money to all the needy, and to the rich visitors and tourists
they gave fruits and flowers, music and entertainment.
Rosa died January 29, 1930 of that dreaded disease for which there seems to be no cure, cancer of the uterus. Had she lived until August 13th, she would have been 60 years old. One who did not know, would have guessed her age at half that number of years, she was so cheerful and girlish looking. She made a profession of religion early in life and joined the Southern Methodist church and lived her profession every day.
She leaves two daughters, Mrs. Ada Enright, of Titusville, Florida, and Miss Mabel Tenny, who was bor
n in Sutton, West Virginia, to mourn her death. Also a most devoted husband, two sisters, one brother and a number of nieces and nephews in West Virginia; two aunts, Mrs. J. E. Morris, of Sutton, West Virginia, and Mrs. Perry Piercy, of Cartersville, Virginia. Such are the few points in the life of one who made no pretensions to be rich or good or set herself for a model for anyone—just lived and worked and loved and gave. “Blessed are the dead who d 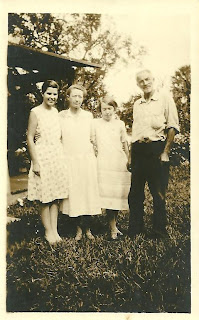